My alter ego, Kadie Scott, had a book birthday yesterday! If you’re into sweet & spicy cowboy contemporary romance, check out SAVING THE SHERIFF, book 1 in The Hills of Texas series!

The day his wife died, Sheriff Cash Hill discovered she was leaving him for another man, one she’d loved since before their marriage. How could the single dad ever trust another woman again? But when Georgia’s best friend, Holly, comes back to town, something about Holly’s sweet, sassy vulnerability has his protective instincts kicking in hard.

Holly Jensen left La Colina, Texas with regrets. She’s returned home to work as the new large animal vet and to watch over her best friend’s daughter. But Holly’s knowledge of Georgia’s past could rip a family apart. And she’s reluctant to go to the sexy…and single…sheriff, as he’s made it clear he wants nothing to do with her.

Both are faced with a choice…stay locked in the past or allow their reservations to be silenced by a passion hotter than Texas summer nights. Can they learn to trust their own hearts and each other? 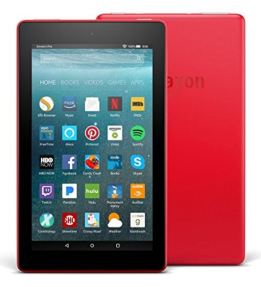 Help me spread the word about my new release and get in on a fantastic giveaway! Up for grabs:

“I—” He ran his hands through his already spiky hair again. “I’d better go.”

Holly dropped her gaze and willed her sinking heart to get over it fast. She had no idea what was driving this reaction. Better to just let him go. “Of course. It’s late.”

She walked to the door, and he followed, silent and brooding.

He opened the door and she followed him outside, where he turned abruptly to face her. “I’m so—”

She stopped him by going up on her tiptoes and placing her lips softly over his. Shock at her own behavior zipped through her, even as her lips tingled from the touch. She’d meant for the gesture to be comforting. Perhaps part of her realized that after she talked to him about Marcus tomorrow, she might not get another chance. Besides, it was a good way to shut him up. She didn’t want his apologies.

She savored the sensation of his warm lips under hers. Let her own linger against his for a long moment before she pulled back. “Don’t apologize. Please. I really do understand.”

Then, before he could say or do anything else, she went inside without a backward glance, locking the door behind her.